There are always memorable activities when traveling, and this is certainly one not to be missed.

This time we get the chance to go across the beautiful city of Ushuaia by sea, on board an enchanting petit yacht.

Setting sail from the local tourist dock along with the captain and a bilingual sailor and guide, we set course towards the Beagle Canal aboard Yate Tango, a cozy and very welcoming little yacht. We navigate in the direction of Alice Island to watch sea lions in their natural habitat.

Then, we continue to the Birds Island, where the king and imperial cormorants inhabit with seagulls and other bird species, typical of the landscape of these latitudes.

We begin to see the mythical Les Eclaireurs lighthouse, one of the most representative icons of Ushuaia, which was first operated on December 23rd, 1920, and that still works today. We get close enough to take beautiful pictures.

On the way back, we stop at Bridges Island for a short hike, discovering the flora and fauna of the surroundings thanks to our guide.

As we also see archeological rests, we learn about the Yamanas – the aborigines who settled here many years ago. We realize how difficult was for them to live on these hostile lands and it’s amazing to learn how they were able to adapt and survive for so long.

During the whole navigation, on board we share snacks, warm tea, hot chocolate and coffee, biscuits and -of course- mate.

Yate Tango offers an intimate navigation experience, where laughter and anecdotes will be shared between a small group of people. This is such a fun and special tour that we´ve been told that friendship emerges and that no one wants to get off in the end!

We found the ideal place for nature lovers, birdwatchers, photographers and anyone willing to isolate from everyday life: La Lorenza.

Emilio and Picu, a couple passionate about nature, share their private reserve with those who are willing to discover a different Iguazú. They define it as a secret spot beyond the famous waterfalls and off the beaten track.

La Lorenza is 45 minutes away from the city of Iguazú, immersed in a forest rich in biodiversity, medicinal plants, orchids, bromeliads, butterﬂies, and birds many of them endemic to the ecoregion. Located on the Paraná River, the reservation is also a rural area where local families live off the land.

Among other activities that provide a close encounter with nature within the reserve, we would like to recommend specially two of them.

The first one, a 2.5 miles kayaking adventure. Paddling the serene waters of the Urugua-í river will allow you to contemplate nature from a different perspective and to move silently along the forest. Then, a 45 minutes walk through the forest will take you to a very special spot to finish the day.

The other recommendation is a fun interpretative walk across the jungle. An expert guide will conduct this multi-sensory experience, providing information on the several natural environments, their ﬂora and fauna. The soft hike also includes a visit to a typical little house with its vegetable garden, to capture the atmosphere of the local life in intimate contact with nature.

Both the walk and the kayak tour end at a deck with an open view to Paraguay and the Paraná River; a unique place across borders, sharing a mate/tereré and interesting facts and stories about the area.

If you would like to take part on any of these options at La Lorenza, please contact us to provide you more information.

Guided walk through the forest:

Learn about the secrets of artisanal pottery and get your hands dirty with the red-colored clay of this enchanting northern town.

Placed in the north-west and almost in the middle of Jujuy province, we find the colorful town of Purmamarca, embraced by the well-known Hill of the Seven Colors. In one of its many mud houses lives Maby, a local artisan that invites us to learn her pottery techniques.

Maby has been a clay artisan for many years and knows a lot about modeling and decoration with local pigments and materials. She is happy to share not only her craft knowledge but also her culture; believing that there is nothing more moving and rewarding than creating something with our own hands.

She warmly welcomes us to her home and workshop to teach us the whole artisanal pottery process, which -according to her- requires enthusiasm and patience.

First, we learn every step to prepare the material that we need to model with, from mud to clay. Then, Maby shows and helps us with the modeling technique to create a small original pottery piece by ourselves, such as bowls, plates, cups or decoration items. Once we’re done, she will take care of the final touches to dry and bake the piece for us.

You can take a piece of art that has been made by someone else and that is already finished. Yours will stay in Purmamarca until the whole process is complete and will be taken by another person that visits Maby some other time after you.

It is not a simple workshop, but the experience of sharing stories, knowledge and techniques of an art that has been alive from our cultural roots. In Maby’s own words: “you will take an indelible memory of my Purma; a space of living culture!” 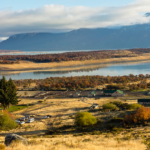 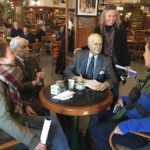 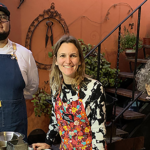 COOKING CLASS AT A RESTAURANT IN MENDOZA 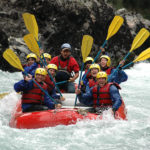 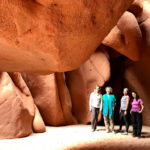 DISCOVER THE UNEXPLORED IN SALTA 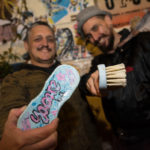 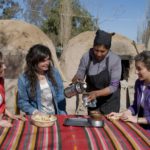 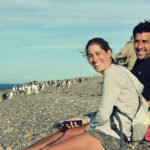 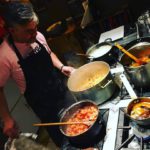 A GOURMET CORNER IN USHUAIA 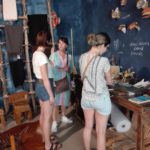 THIS IS NOT ANOTHER CITY TOUR 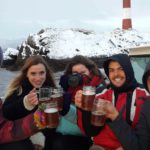 YACHTING THROUGH THE BEAGLE CANAL 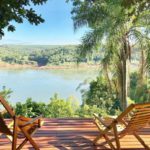 BEYOND THE WATERFALLS IN IGUAZÚ 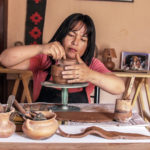 CLAY AND LIVING CULTURE IN THE NORTH 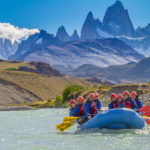 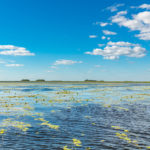